While most gambling games can trace their roots back hundreds – in some cases, thousands – of years, the birth of slot machines dates back merely to 1891. This was a time when America was getting richer and richer, with New York beginning to stake a claim for being the wealthiest city on earth. On the back of all this cash came an inevitable increase in gambling, and a poker craze was sweeping across the population. Sittman and Pitt came up with the idea of creating a machine that would allow you to ‘play poker’ even if there wasn’t anyone else to play against. Their new invention featured five drums, each one containing symbols for ten different cards. In all, you could have fifty different cards. You inserted a coin, and the machine told you your hand. Score a good hand, and won a prize.

The idea of these poker-based game machines spread very quickly, and within a few years, almost every bar in New York had one available for play. However, the early contraptions were primitive, and lacked a mechanism for calculating the value of the hand and dispensing a prize. In the case of a winning hand, you received your reward from the bartender – cash bonuses were illegal, so a free drink or cigarettes would often be doled out instead. Working out how much the hand was worth was also fairly complex, leaving many customers rather bewildered. By 1895, though, a variation had been released that would transform this humble device into the modern slot. 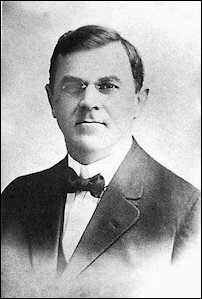 The new advance would come from a San Francisco car mechanic, Charles Fey, He did away with the fifty different combinations, cutting the number of drums from five to three, and replacing the ten card values on each drum with a choice of five different symbols. Fey felt that card values were a little too arcane, so he replaced them with bold pictures that symbolised diamonds, hearts, spades, horseshoes, and cracked bells. The idea was now very simple. Spin matching symbols, and you won a prize. Three of any symbol entitled you to a bigger reward, and three bells gave you the best payoff available – the iconic golden bells quickly led to the East Coast American audience christening Fey’s invention ‘Liberty Bell’. The final touch was the long lever that you used to ‘start the action’ – leading quickly to the alternative nickname of ‘One Armed Bandit’ – and today’s modern slot machines are remarkably similar in look to Fey’s original.

With its simplified design, and with real cash prizes offered in some areas, the Liberty Bell quickly became the machine of choice for east and west coast bars. However, Fey was notoriously reluctant to share his invention, and insisted on creating the machines himself and renting them out rather than looking for some licensing deal with other manufacturers. The Liberty Bell couldn’t automatically dispense prizes – it was still reliant on an assistant standing by to hand out money – and Fey’s obsession with creating a version with an automatic payout seems to have distracted him. What exactly happened to him is unclear. Some time during 1907 and 1910, the Mills Novelty Company brought out a new machine, the ‘Operator Bell’. This variation retained the now famous liberty bell, but replaced the other symbols with the fruit icons that have since come to define the traditional slot machine – or ‘fruit machine’. Slot historians argue over whether Fey had chosen to go into business with Mills, or whether the Operator Bell was, in fact, a knock-off that effectively ended Fey’s monopoly. Whether he continued to make money or not, Fey seems to disappear into history after this time. Not, though, before he had established himself forever as the creator of the slot machine.

In the absence of Fey, the Mills Company would continue to make the running. Its owner, Herbert Mills, had a penchant for mass-production – he was referred to as ‘The Henry Ford of Slot Machines – and looked for ways to produce as many devices as possible. Within a few years, over 30,000 were being produced across a string of factories spread across both America and Europe. By 1915, the expensive cast iron versions had been replaced with wooden variations that could be produced far more cheaply, and Mills would leave a huge huge sum to his family when he died in 1929.

Prohibition was brought in in 1919, and alchohol was made illegal. This could, theoretically, have been curtains for the growing industry, as it relied on the presence of machines in drinking outlets across the country. In fact, it turned out to be a considerable fillip. The original Liberty Bell had been unusual in offering cash prizes. However, 1909 legislation had made it illegal to issue cash from these machines – the development of fruit and candy bar symbols may have been a reference to the actual prizes that would have to be awarded after 1909. Without the lure of cash rewards, the popularity of the machines dipped. However, speakeasy owners running illicit drinking establishments figured that, since they were already breaking the laws on prohibition, there seemed little sense sticking to the regulations on cash prizes in slots. And so cash prizes came back. The glamour of the speakeasies only added to the lure of slots, and their popularity with gangsters – who liked their wives to have a game to play while they retired to a backroom to talk business – created a strong slots culture that would never really fade. By the time prohibition was ended in the early 30s, machines were easy to manufacture in large numbers, and had a considerable following. Laws that legalised gambling (particularly in Nevada) led to a golden age of slot machines, as companies now looked to provide variation upon variation. Classic themed machines like the Lion Head, Roman Head, War Eagle, and Castle Front, came out, and the sheer diversity of the slots started to become a marked characteristic. 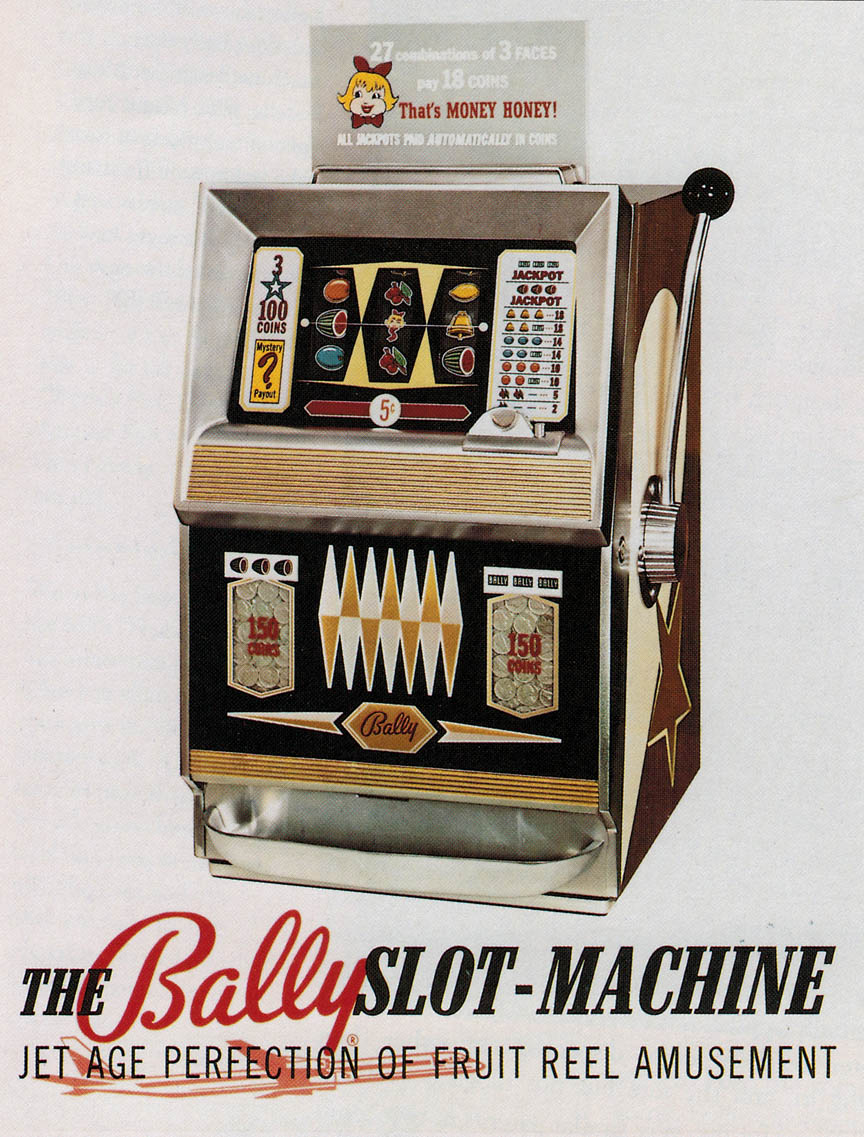 By the 1960s, machines had become electronic, with Bally Technology’s 1963 Money Honey machine offering multi-coin bets and higher payouts. The flashing lights and assorted sound effects of these electronic machines combined with potentially very high jackpots to make the new breed of slot machine extremely popular. Not all of these players were entirely convinced as to the trustworthiness of the machines, and this suspicion would grow as video-based slots came in during the second half of the 70s. Walt Fraley’s 1975 Fortune Coin was the first proper video slot. It had no spinning drums or moving parts, and presented the player merely with a television screen. Behind the screen, it was a computer chip that created the game itself. Without being able to see the reels spinning around, losing slots players became convinced that the computer was ‘cheating them’. This feeling is replicated today, of course, with many online casino players convinced that their losses are down to nefarious activity rather than a simple matter of unfavourable mathematics. Gradually, though, more and more players would come to accept that video slots weren’t necessarily crooked.

In the meantime, though, and annoyed at the frosty reception accorded to Fortune Coin, Walt Fraley had sold his machine to IGT. This company would go on to establish itself as a giant in video slots, creating famous machines like Cleopatra and Wheel of Fortune. These video slots had fewer moving parts to go wrong, resulting in low maintenance costs. They also couldn’t be cheated by the players – the original slots, in contrast, could be manipulated by having devices inserted into them. The microprocessors would also allow for the use of credit cards, giving players no excuse for leaving the machine before they had used up all of their money. And there was practically no limit to the possible innovation, with slots designers programming new games all the time. 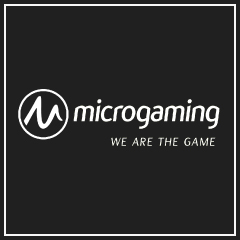 As much as anything, it was the increased money that resulted in slots grabbing so much attention. By combining slots across different locations into one big system, progressive jackpots could be built that kept going up and up as more people tried and failed to grab the highest prize. The highest prize ever recorded is $39.7 million, won at a Megabucks slot in the Excalibur in Las Vegas. Many other substantial prizes have been won, though, with a number of other awards going into eight figures. The increased options available with computer versions has also resulted in far more ways of winning cash. The number of ‘reels’ has risen from three to as many as nine, with various options and complex symbols and bet sizes available for the ‘sophisticated’ slots player. By the mid 90s, Microgaming was bringing out its first online slot, and these would grow in popularity in line with the rise of online gaming.

Today’s slot machines, then, offer spectacular graphics and sound, easy access (even from your own home), and a complexity of gameplay options and financial rewards that would have seemed utterly shocking in 1900. In essence, though, the modern slot is merely a slicker front-end for the machine assembled all those years ago by Charles Fey. His name may be little known, but his legacy continues to give millions of players immense excitement and enjoyment to this very day.