Gambling as a pastime may stretch back thousands of years, with some ancient cave drawings hinting at chance-based games – certainly, bone tossing seems to have developed into the dice used by the Greeks and Romans. Many of today’s games, though, seem to have had their origins not in pleasure, but in more functional pursuits. The Norwegian and Swedish kings may have thrown dice in the early 11th century, for instance, to decide which of their countries would take possession of the disputed territory of Hising. This seems positively frivolous compared to the origins of the modern game of Baccarat.

Probably developed from Etruscan civilization (in 800 BC), Baccarat was possibly conceived as a means of assigning religious status to female members of society. The chosen candidates would roll an early form of a nine-sided dice. An eight or nine and they would become high priestesses. The penalties for rolling smaller numbers were steep, though. Five or less, and the unlucky candidate would be drowned. Even a six or seven would earn the undesirable outcome of being exiled. Given these mystical beginnings, it’s perhaps unsurprising that when the modern version of Baccarat started being used with cards, the cards in question were tarot cards – indeed, packs of cards developed from.

Keno, an early lottery-type game, was also started partly for political (and economical) purposes. Over two millennia ago, a Chinaman called Cheung Leung was having trouble raising funds to pay for an army strong enough to protect his city. So he invented the idea of a lottery, a process in which villagers would pay a small amount in exchange for one of 120 different Chinese characters. If they picked correctly, they would get a handsome share of the money as their prize. Cheung Leung, though, took a cut of each lottery, and the success of these ‘games’ gave him the necessary funds to equip the city with substantial defenses. Indeed, it has even been rumoured that the Great Wall of China was itself partly paid for by lottery proceeds. In today’s modern game of Keno, the Chinese characters may have been replaced by numbers, but the game itself is largely unchanged from Leung’s original brainwave.

Regardless of why these games first came into being, gambling as a pleasure pursuit was certainly a reality by Roman times. As has been noted, bone tossing wasn’t a new pastime. However, Roman soldiers added their own twist, turning knucklebones into cube-shaped devices (like dice) that could be rolled into their shields – bets would be taken on the outcome. 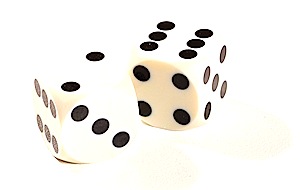 The Etruscans had an early form of the dice, but it was in later Roman times that the idea of a proper cube-shape would come into being. The rolling of cubic knucklebones also seems to have led to the development of Craps, the most explosive and spectacular of dice games in today’s casinos. Modern Craps may well have derived from the Arabs of the middle ages, though, and they had a multiple-dice game called Azzahr. This passed to the English as Hazard. Somewhere along the line, the game appears to have been renamed Craps, perhaps in a reference to Crabs, the name the French gave to the lowest roll in the game.

It was, of course, the invention of playing cards that led to an explosion of interest in gaming. It was once again the Chinese who started the ball rolling. The profusion of lotteries in their earlier history had developed into an interest in games of chance. The Chinese were the first to create paper money, in the 9th century. 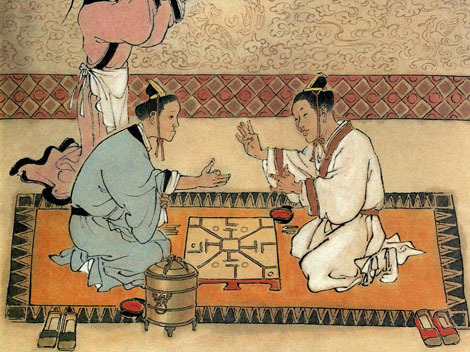 Almost immediately, the Chinese started using the paper money for games of chance, shuffling different sums from one note to another. Arabs became fascinated with these games. Not having a paper currency of their own, they started designing custom-made card packs, adorned with spectacular art. The Arab influence in Spain at this time led to playing cards sweeping across Europe, moving first from Spain to Italy, and then on to France and the rest of the continent. The Europeans weren’t interested in the Arab art that decorated the originals, so they replaced them with pictures of their monarchs instead – this tradition obviously continues in modern playing cards. Packs of playing cards remained expensive gifts until the middle of the 15th century. That was when Johannes Gutenberg created the printing press, and a full pack of playing cards was one of the first projects created with this equipment. Gutenberg had worked closely with an artist known only as The Master of Playing Cards, and the copper engravings created at this time formed the template for all modern card packs.

Before long, European villas were being used for countless gambling games. The word Casino comes from the Italian for a ‘little house’, essentially a summerhouse created for pleasure. At first, casino games were played largely by royals and the nobility. By the 19th century, though, casinos started to open themselves up to the public, and the gambling boom was born. From the thrills of Monte Carlo in the middle of the 19th century, to Benjamin Siegel’s opening of Las Vegas in the middle of the 20th century, casinos have been big business ever since. In many cases, it was the Americans who gave the games their modern twists. 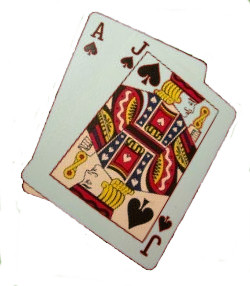 Blackjack had developed from the the French game of Vingt-et-Un (a reference to the game’s best hand of 21). It was the Nevada casinos who came up with the name ‘Blackjack’, using it to refer to a hand that included the Ace of Spades plus either the Jack of Spades or Jack of Clubs. If you received a ‘Blackjack’, you got a payout of 10 to 1, and the allure of such a win drew huge numbers of participants. The payout has since been dropped, of course, but the name remains. Baccarat remained a fairly exclusive European pursuit until the 1950s, when it made a big impact in South America and Cuba (from where the most modern version takes its name of Punto Banco). It eventually made its way into Las Vegas casinos (perhaps with the advice of Frank Sinatra, although many give the credit to casino executive Tommy Renzoni), although the game has never entirely caught on in North America. It’s also true that not every American development has been beneficial for punters – the modern ‘American style’ roulette table has an additional ‘double zero’ square that doubles the house edge compared to the European version.

Of all the casino games, slot machines are by far the most recent inventions. Early ‘machines’ were based on a form of video poker, and successful players would be given a free drink if a high poker hand was drawn. Such games gathered little interest until 1895, when Charles Fey unleashed the Liberty Bell, the first ‘automatic’ slot machine. Success wasn’t widespread initially, mostly because Fey wanted to rent the machines out rather than allowing companies to buy the patent and create their own versions. Finally, by 1910, he had forged a partnership with the Mills company, and large quantities of slot machines started to be unrolled across America – numbers would increase dramatically again when the intricate iron versions were replaced by easily-shippable wooden designs. 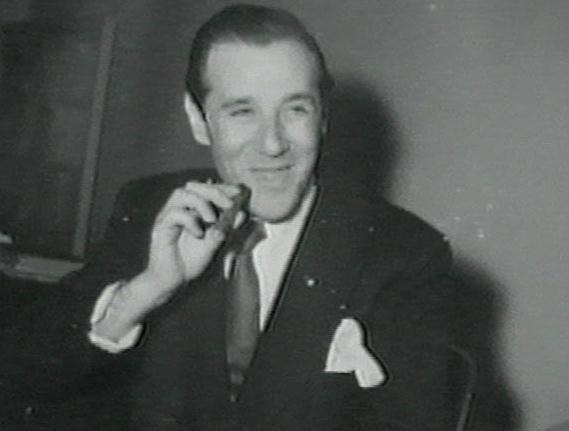 Slots were banned during the prohibition era, but continued to gain a glamorous allure through this time – particularly as Benjamin Siegel (better known as Bugsy,) supposedly used a quantity of them to entertain the wives of his business associates. Modern slots are mostly based on the designs that came out in the 1960s, as electric bells and elaborate payouts were created. Slots are today a crucial part of most casinos, and their simplistic, fast, and addictive gameplay makes them an easy money-spinner. Indeed, many American horse-tracks have reversed declining fortunes by installing ranks of slots. Such machines also populate bookmakers across Britain and Ireland. Other casino games may have the weight of history behind them, but the simple modern slot machine remains the greatest draw of all.